Life is never the same, Once you’ve been to Utopia!

Robert Duvall is Johnny Crawford and Lucas Black is playing Luke Chisolm (the young golfer)
Based on the book – ‘Golf's Sacred Journey, 7 Days at the Links of Utopia’ is really a book about life; it just so happens that the main character's life is all about golf. A professional golfer, who is actually never named in the book, has a breakdown on the golf course during a tournament in which he was favored to do well.  Despondent and despairing of his future in golf, he wanders into the town of Utopia, where he providentially meets Johnny, a former golf pro who has retired to a quite country life.  Johnny, a Yoda-like teacher, who is building a golf course in a field in the middle of nowhere; takes the young golfer under his wing and spends a week completely reshaping the way he thinks about the game of golf and life.
The Book's web site - http://www.linksofutopia.com/cms
In Utopia you can buy the Books at – Hill Country Nature Center & Main Street Utopia

Many locals were fortunate to be extras in this wonderful movie, a fun experience; one we will never forget! Aug.30, 2010 from 7pm to 7am was the Dance Social scene about 30 couples danced the night & morning away! And then we slept all day to be ready for the Rodeo scene that next night.
Aug.31, 2010 was the last night of filming for ‘Seven Days in Utopia”. Extras were there from 7pm to 7am.

TV Channel 8 from Austin was there & showed a video clip on their news cast http://www.news8austin.com//?ArID=273822  See who else you can identify in the news clip. If you look fast you can see Anthony & I to the right of the screen clapping during the rodeo scene; they show us twice. Anthony & I  were fortunate to be sitting close to Duvall & Baker; just below them next to Bobby’s’ feet. The space was left open next to me, so no one would be blocking in front of them. Kathy Baker stayed at one of our cabins & we became friends; she is so sweet & considerate. When she saw me sitting there she said, “Oh Bobby I want you to meet my landlady, this is LeAnn Sharp & her husband Anthony”. Bobby shook our hands and we spoke briefly; between filming they talked & we listened to their very interesting conversations. We were able to talk with them & participate in their cutting up & jokes. They are both very friendly & down to earth folks!

When you see Robert Duvall & Kathy Baker standing ‘That’s a Wrap’ for them. Which means it was their last scene in the movie and everyone clapped in their honor. Mr Duvall stood up and told everyone how much he had enjoyed working with the cast & crew of ‘Seven Days in Utopia’. He told us he thought the people of Utopia were wonderful, Utopia was the best town he has filmed in and he really liked it here! The actors call Duvall “Bobby”, Lucas Black called him “Bobby D”.

Film Locations in & Around Utopia Texas: 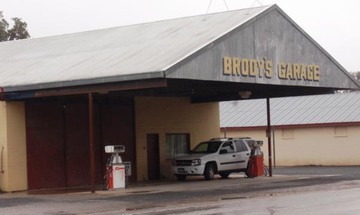 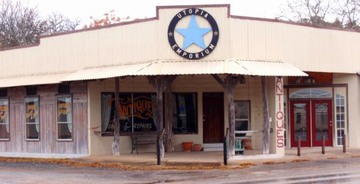 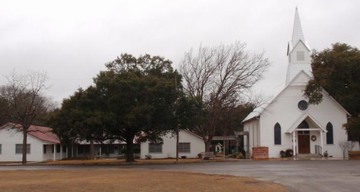 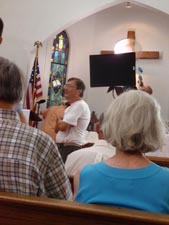 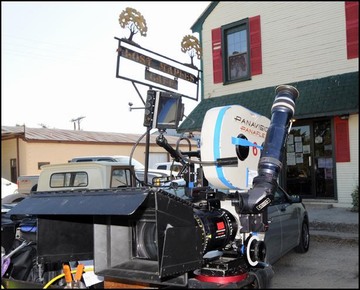 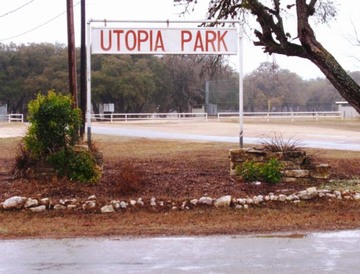 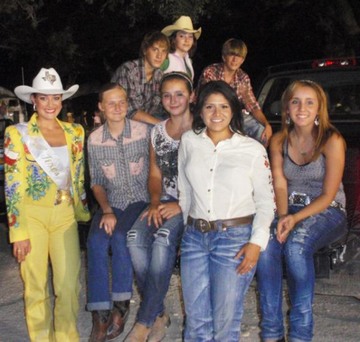 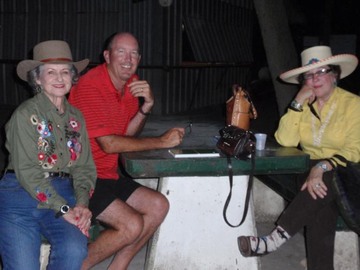 One of the Producers visits with ladies 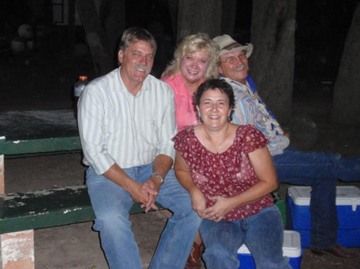 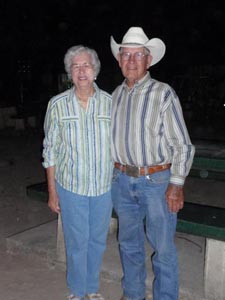 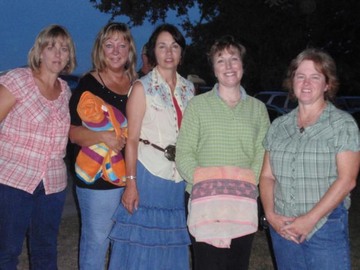 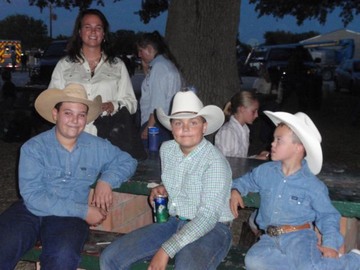 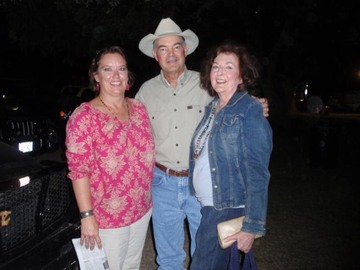 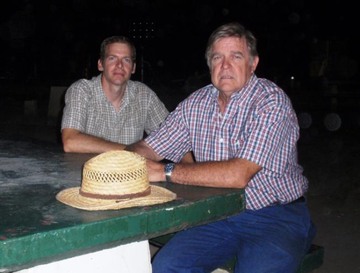 Signing In With Extras Casting Assistants 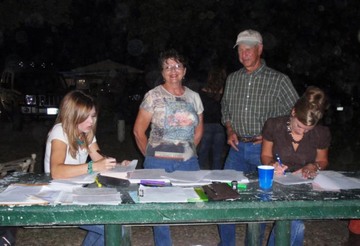 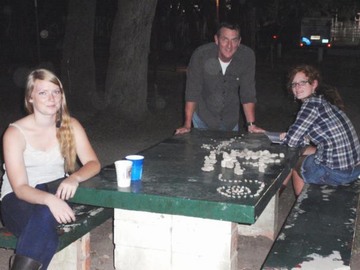 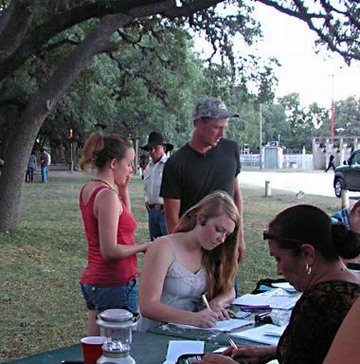 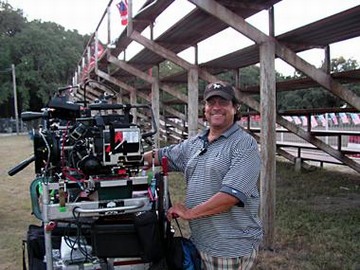 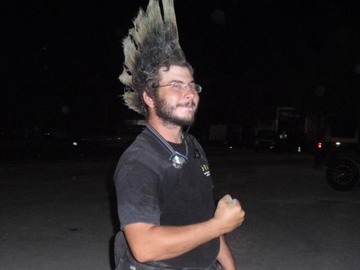 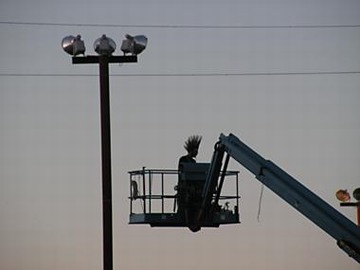 Plus An Extras Blog- by Vickie Rose
Seven Days in Utopia: Or How I Made a Movie With Robert Duvall and He Didn't Even Know It
I went to the Utopia to visit a friend and got to be an extra in the filming of Robert Duvall's new movie "Seven Days in Utopia." I've posted an account of it on my website, and you can view it by clicking here if you want to  http://www.vickyjrose.com/utopia/Utopia.html
The Tonight Show clip
Watch this video clip from Jay Leno Show with actor Thomas Haden Church (who has a ranch north of Utopia) he talks about the movie being made in Utopia –
http://www.slashcontrol.com/free-tv-shows/the-tonight-show-with-jay-leno/3478534724-thomas-haden-church-part-1 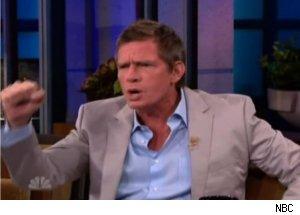 But in all seriousness, he's been siding with fellow locals. When the production company forced residents to detour around the main street of little Utopia, Texas, Church said, "I drove by and I slowed down. So I did my little part -- 'Go home, Hollywood weirdo’s!'"